I’ve just working on a couple of tutorials using data from data.police.uk - the first using the csv download method and the second using an API call using the httr package.

However, you call the data you get back a whole host of information - including the latitude and longitude of the incidents themselves.

Last year, one of my former students Conor Gogarty wrote this story on the GloucestershireLive site following up from a crime map that showed - “My search for crime in the Gloucester crime hotspot with no crime”.

Conor, with his pair of binoculars, goes to investigate what is going on in Tredworth’s Bishop’s Castle Way.

He found really interesting information including these gems:

“A total of 41 shoplifting reports were linked to the spot last year. But there are no shops there… How could 41 shoplifting incidents have been reported last year if the nearest stores were a five-minute walk away in Barton Street?”

As any journalist should, Conor gets in touch with the police - a press officer confirms there were no crimes in that area.

“She said the markers on the map are not the exact locations of offences. They are ‘snap points’ which pull in the reports from nearby spots.”

A further check led to this information:

“Gloucestershire police said this was a question for the Home Office, which oversees the police.uk website. A Home Office spokesman told me inaccuracies can result from “inconsistent geocoding policies”. He said the website makes it clear the data is not always “fully accurate”.”

When you read the docs, this is an issue that is highlighted:

“The latitude and longitude locations of Crime and ASB incidents published on this site always represent the approximate location of a crime — not the exact place that it happened.”

That’s pretty straightforward, when you think about some offences the location could actually help identify the victim of the incident. So, obfuscation is a really good idea.

The documentation is really interesting when they explain how the location is anonymised.

This is not the location you are looking for

How are crime locations anonymised? We maintain a master list of anonymous map points. Each map point is specifically chosen so that it:

Ok, so as data journalists it does mean we have to subject the data to scrutiny before publishing crime near x stories. It also calls into question apps that draw on the data for things like home sales.

So, a simple point. Always read the manual for the data - and if you are interested in the data.police.uk site then this academic paper is worth a read if you are able to get access. 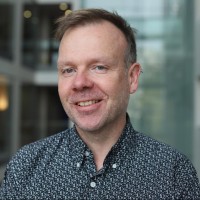